14-05-19 PLEASE HELP SAVE THE WILDLIFE OF WHITSTABLE FORESHORE

DEADLINE FOR COMMENTS: 21st May.

Canterbury City Council have said that the new industrial Oyster Farm on Whitstable foreshore erected without permission by the Whitstable Oyster Fishery Company (WOFC) must be removed, but the Company is appealing this decision which will now be decided by a Public Inquiry this summer.

The WOFC claim the oysters used in their farm are now sterile preventing colonisation. However, scientific studies have shown this method isn’t foolproof and there are risks of the farmed Pacific Oyster reverting to its natural fertile condition. A breeding population of non-native invasive species is a significant and real threat to the natural environment of Whitstable Bay and beyond.  Non-breeding Pacific Oysters have been farmed historically, but as environmental conditions have changed, the species has been able to breed prolifically, destroying estuarine habitats where it has been introduced. This is a closeup of Pacific Oysters showing their razor sharp shells which are very hazardous.  They can severely injure feet and cause damage to boats 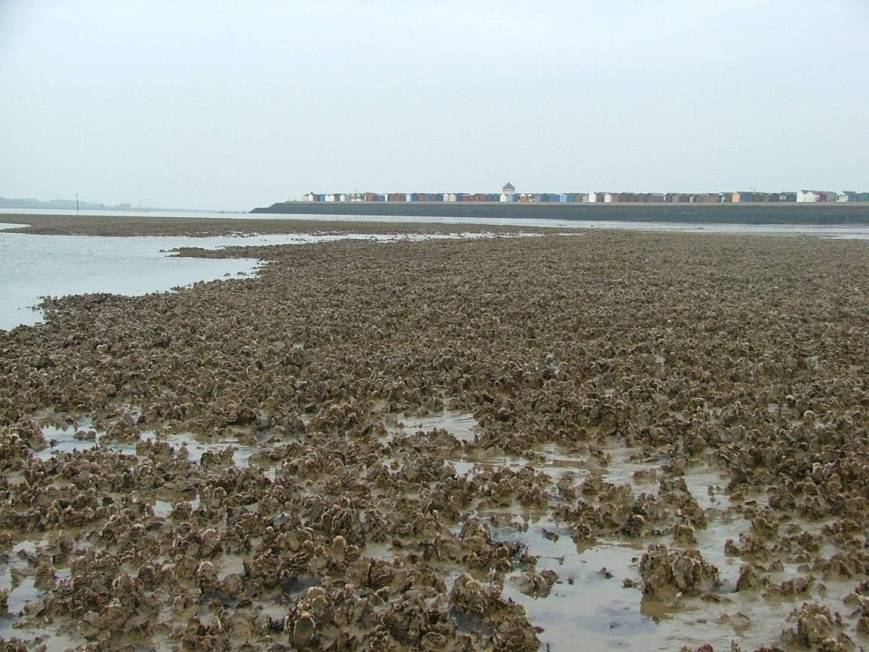 This photo shows a vast reef of feral Pacific Oysters already in The Thames Estuary on intertidal mudflats at Brightlingsea in Essex.

This is very serious – due to our warming seas Pacific Oysters now grow and spread at an alarming rate colonising whole areas of foreshore, wiping out local species of sea life vital to our wading birds.

Our foreshore has some of the highest national and international legal environmental protections, designated for both the habitats and the species found here. Kent Wildlife Trust terms this area ‘a rare and fragile habitat of conservation’ yet, at low tide, it is already possible to see the damage caused to the vulnerable seabed by quad bikes and tractors used to work the farm.

The Pacific Oyster shell is also razor sharp and makes areas impassable to wildlife and people.  Colonies are currently being destroyed by teams of volunteers from Kent Wildlife Trust funded by Natural England (i.e. tax payers) along the North Kent coast from Herne Bay in an attempt to reduce their alarming spread and serious threat to coastal biodiversity. 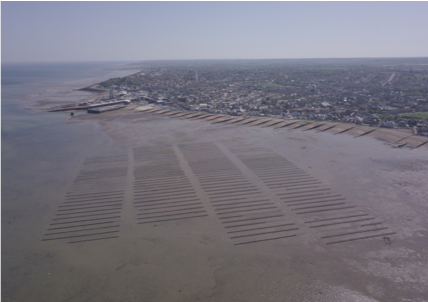 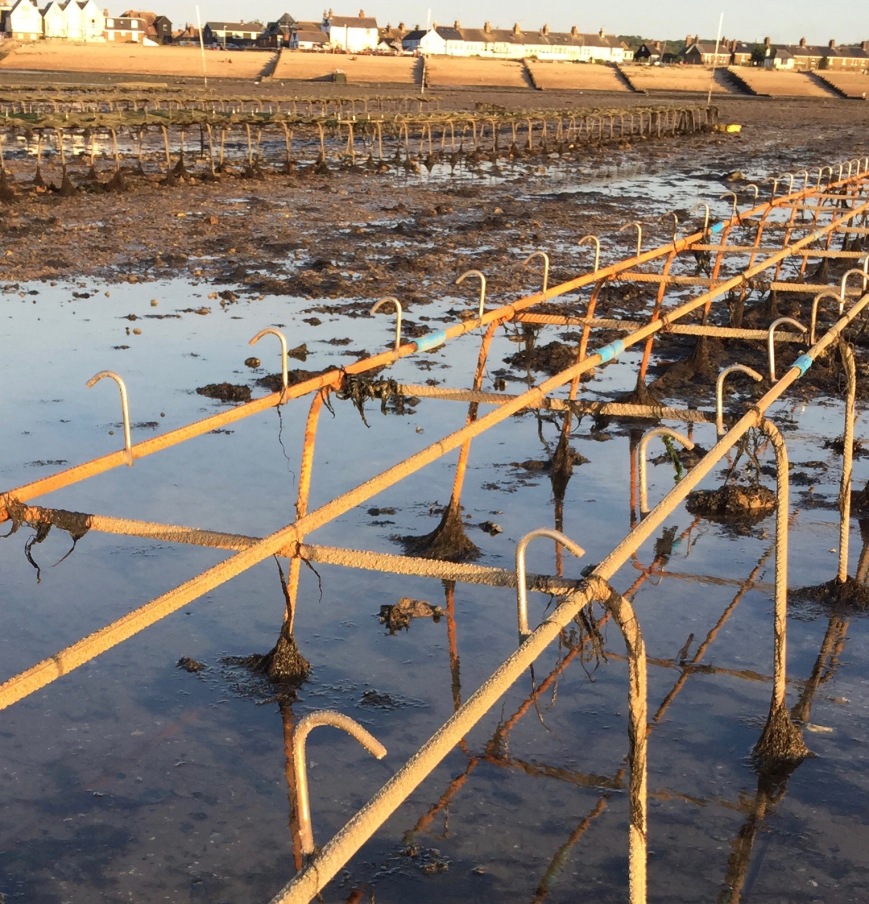 In addition to the serious environmental threats posed by this development, Whitstable Bay is an important public amenity and vital economic asset to the Town. A large area of the bay has now become a ‘no-go zone’ with thousands of hazardous underwater metal trestles erected in the area most popular for swimmers, windsurfers, sailors and many other leisure water users which happily coexist alongside our wildlife as one of Kent’s most popular beaches.

Whitstable is famous for its stunning views out to sea across the mud flats which, for the first time in its history, risks being permanently ruined by a vast expanse of metal work that has been compared to WW2 sea defences.

You can comment on this development directly to the Inspector hearing the appeal:

If you would like more information go to: whitstablebeachcampaign.org

DEADLINE FOR COMMENTS: 21st May.

Information is based on sources believed to be reliable and accurate. However, the Whitstable Beach Campaign does not guarantee this to be so, accepts no liability and offers no warranties in relation to it, to the fullest extent that liability can be excluded by law. All use of it is subject to English law and jurisdiction

At a General Meeting of the council on Thursday 24th April 2014, councillors agreed almost unanimously to grant a large section of Whitstable beach Local Green Space designation. The vote called for West Beach, from the caravan park at Island Wall to the Harbour, to be designated a Local Green Space.

This means West Beach would be listed in CCC’s local plan as Local Green Space which would preserve the rights of access for all and make development on it unlikely. The proposal was approved at a meeting of the full council after a passionate speech from Ashley Clark. It was seconded by Tankerton councillor Jeanne Harrison, who said it was a fitting legacy of the hard work of WBC co-ordinator Nick Dewhirst, who died last year.

The beach will now be included as green space in the council’s local plan, a blueprint for development across the district.

The Whitstable Beach Town Green Public Inquiry concluded in December 2017 with the summings-up and final submissions from the Whitstable Beach Campaign.  We are awaiting the outcome of the Inspector’s findings and will update this web page when they are published.

The application was made on behalf of the people of Whitstable in 2013 to legitimize their right to access to the beach in perpetuity, irrespective of its private ownership.   Final submissions were heard from the only two parties opposing the application: Canterbury City Council & The Whitstable Oyster Fishery Company.    Witnesses previously gave evidence at two previous sessions of the Inquiry in May and October 2017 and the Inquirly lasted 19 days.

In the October 2017 session, Mr James Green of the WOFC gave as one of his reasons for opposing the right of people to carry out legal pastimes and pursuits on the beach, the possibility of organisms being brought onto the beach via the footfall of beach users, which would contaminate the oyster stocks of the WOFC. The Beach Campaign do not believe that there is any sound scientific basis or regulatory requirement to support this claim.

The WOFC told the Inquiry about their plans to build agricultural sheds on the beach near the Horsebridge to house grading machinery and equipment stores, the outcome being that the area from the Horsebridge to the Neptune, the most popular part of Whitstable Beach, would be excluded from public access. If the beach were awarded Town Green status this industrialisation of the beach and restriction of access would not be possible.

Due to recent changes in Village & Town Green legislation this might be the last chance to register our beach as a Town Green and safeguard people’s right to use it.

More information about the Town Green Application can be found on the What We Do page.

If you are interested in supporting the campaign and would like to complete a questionnaire, or to receive e-mail updates on our activities please contact the Whitstable Beach Campaign using the form on the Contact page. 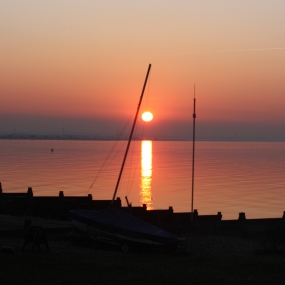 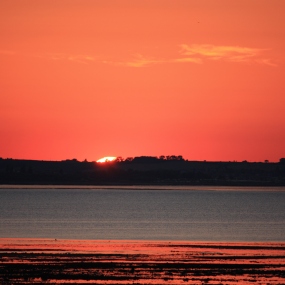 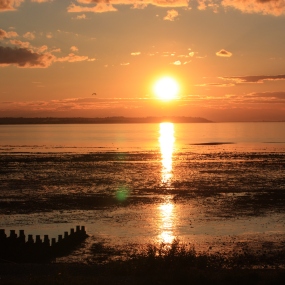